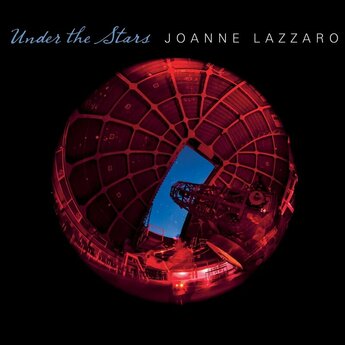 "...a beautiful album to capture our hearts and leave us in a state of musical rapture."
Steve Sheppard, One World Music.

"The CD is beyond beautiful...." Marie Michaels, Music Beyond Words

"Under The Stars represents a fascinating interaction between artist and environment. Listeners who enjoy the classic Paul Horn recording as well as the music of artists like R. Carlos Nakai, Coyote Oldman, and Mary Youngblood will find a lot to like in this enchanting album that combines the earthiness of the Native flute and the vastness of the infinite sky." Michael Diamond, Music and Media Focus.

"...a magical journey provided by a very talented flautist. If you want to feel like you are Under The Stars I highly recommend listening to this album." MusikMan - New Age Music Reviews 5/5 star rating

Playing at One World Music, Spotify, Apple Music, Night Tides, JourneyScapes, Our Place Radio, and many other programs.

My first solo CD, Under the Stars, and the companion "out-takes" digital EP, Under the Stars, Too! are  currently  available as digital downloads on CDBaby,  iTunes and Amazon MP3. The  amazing audiophile-quality CDs are in stock at CDBaby.com. The goal was to make a recording that captured the performance as an immersive, first-person experience. The recording technique literally surrounds you with sound, as if you were the flute player. I'm indebted to Jasper Johal, who created a wonderful cover photo that captures both the vast darkness and the characteristic red glow of the interior of the observatory dome at night.

About Under the Stars -
This album was recorded live on location at the historic Mount Wilson Observatory, inside the 100-inch telescope dome, on November 2, 2014. Inspired by Paul Horn's famous album Inside the Taj Mahal, I wanted to make a recording featuring solo Native American flutes, in a venue with similar acoustics.

Here is a short audio clip from the exploratory sound check I did on September 19, 2014 on Mt. Wilson's "Docent Appreciation" night, standing directly underneath the 100-inch telescope. The voices you hear are me, my husband Nik, the observatory director Tom Meneghini, and  Jasper Johal (who later shot the album covers). The tune is completely improvised, and I later named it "Lullaby for a Lost Child" - it's followed by some experimentation to test the acoustics of the dome.

Lullaby for a Lost Child and sound check -  September 19, 2014
It was recorded (on "auto") on a Sony PCM-M10, lying a chair about 20 feet from where I was standing. Thank you to my friend Rob Spencer for cleaning up the audio & making it into a usable clip. There are no added reverb, echo or delay effects. The flute is a bamboo Kiowa Love Flute in F, made by Erik Sampson.

CDBaby link -  ﻿﻿﻿Under the Stars ﻿﻿﻿
We made a short documentary video during the recording of the track Condor. Note the small radiant space heater by my feet - the dome was extremely cold that night. The audio you hear is from the video camera. Ultimately this track ended up on Under The Stars, Too!

Follow me on Spotify!
For local Southern California customers - The CD is also available at Canterbury Records, 805 Colorado Blvd., Pasadena, CA 91101 (in the "Local Artists" section) and at the Cosmic Cafe (at the Mt. Wilson Observatory, Pasadena).

Back To Main Music Page