Under the stars, too! 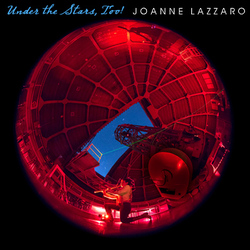 UNDER THE STARS, TOO!
Track Listing

CDBaby link - Under the Stars, Too!


​The must-have companion album to "Under The Stars" contains the rest of the live recording session , including some really nice tunes that required a little editing due to technical problems, or that didn't fit into the final storyline of the original CD

When planning to record "Under The Stars", I committed to presenting a realistic and truthful live performance, with all of its beauty and flaws. While the most technically perfect tracks wound up on the original one-hour CD, I felt that the out-takes contained several of the best & most unique improvisations, and decided to release the rest of the November 2, 2014 Mount Wilson recording session as a digital EP.

Some of my very favorite tunes are included here, but with flaws,  such as out -of-tune notes, wetting-out, or the need to remove a  long break where I actually had to stop, shake out my flute and start over. Others are here due to changes in the pacing or storyline of the album.  "Condor" was moved here  due to time constraints - at nearly 8 minutes, it was the second longest tune I recorded, and I was running out of room on the original CD. From this album, Condor and Snake Not Real would be suitable tracks for a custom relaxation playlist.

I had a flute teacher who, after giving me a copy of his first solo CD to listen to, commented: "Sometimes it's the safest version, not the best version, that winds up on the CD".  This is the "unsafe" part of a live performance - enjoy!

1) Eye of the Creator (North Star)
In the legends of the Eastern Pomo, the North Star is the eye of the creator Marumda, who now lives among the stars. The flute is a High Spirits “Condor” bass flute in domestic cedar, key of D minor. This was edited due to complete wetting-out in the middle of the tune - you can hear a sudden change of pitch where the two sections were edited back together. This tune can be heard on the High Spirits Flutes website, on their SoundCloud page, as the featured song for April 2015.

2) Condor (Mars)
The condor plays an important role in many southwestern tribes - in Chumash lore, the planet Mars is associated with reddish head of the condor, and Xolxol, a supernatural being. I chose a style that conveys the sense of a condor in flight, circling in the sky. Flute made by Michael Graham Allen (Coyote Oldman) 5- hole traditional style in red cedar, key of E minor. Originally planned for the main CD, this long track was moved due to timing.
Hear it on Soundcloud: http://soundcloud.com/user779060191/condor

3) Crane and Her Sons (Orion)
This tragic story of a woman fleeing a bad home situation,  taking her two children with her, comes from the Yokut people of central California. I chose a drone to capture the two opposing characters – Crane and her husband. Normally, I would play a blues tune using only the lower octave of the drone, however the cold and high humidity caused the drone to constantly pop into the upper octave. Near the very end of the tune, you can hear the barking of the observatory dog (G.W. Richey), which I found suited the story perfectly. Drone flute made by High Spirits Flutes, 6- hole concert style in birch, key of high C minor. Planned for the main CD, this track was moved due to changes in the storyline and track order. Hear it on Soundcloud:  http://soundcloud.com/user779060191/crane-and-her-sons

4) Like Beads on a String (Orion’s belt)
The easily-spotted three stars of Orion’s belt are viewed as a string of beads by the Hopi people. Signature series flute made by Odell Borg (High Spirits), 6-hole concert tuned in walnut, key of G minor. This is one of my favorite flutes to play in concerts, however I felt the half-holing needed to play the low A's wasn’t as clean as I would have liked, and I was also having some trouble with wetting out.

5) Snake Not Real (Serpens)
The snake is an important and dangerous spirit in the lore of the Pawnee people. In the creation story, there is a false snake (in the Serpent constellation) who precedes the Real Snake (located in Scorpius). Flute made by Erick Sampson (Erick the Flutemaker), 5- hole Kiowa Love Flute in domestic bamboo, key of F minor. This track was moved here mostly due to storyline reasons, and because it is musically similar to Path of the Departed Souls.
Hear it on Soundcloud:  http://soundcloud.com/user779060191/snake-not-real

6) They Who Dwell in Peace (Pleiades)
A warning tale by the Onondaga people tells of a group of children who have run away to play without eating– they become so light-headed from hunger that they float away into the night sky, where they become a group of seven stars.  Flute made by Brent Haines (Woodsounds) 6- hole “Pueblo” style (tuned to A-432) in teak, key of B minor. Also a favorite flute, problems with moisture buildup started affecting the pitch dramatically off and on during the tune, plus there were some technical problems with the recording levels, so this track is included just to illustrate the “worst-case” scenario of the evening.

Back To Main Music Page