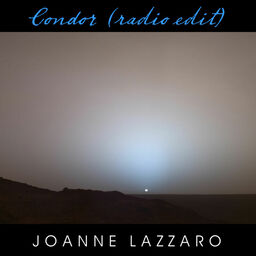 The Condor plays an important role in many southwestern tribes - in Chumash lore, the planet Mars is associated with reddish head of the condor, and Xolxol, a supernatural being. I chose a style that conveys the sense of a condor in flight, circling in the sky. The cover photo "Sunset on Mars" was taken by the Mars exploration rover "Spirit" (photo courtesy of NASA). Originally planned for my debut album "Under The Stars", this long track was omitted due to timing, and re-released here in a shorter, radio-friendly format.

This music was recorded live on location inside the 100-inch telescope dome at the historic Mount Wilson Observatory, Pasadena, California on November 2, 2014, using only the natural acoustics, with no added studio effects. Flute made by Michael Graham Allen (Coyote Oldman) 5- hole traditional style in red cedar, key of E minor.
Click here to purchase & download!
Back To Main Music Page